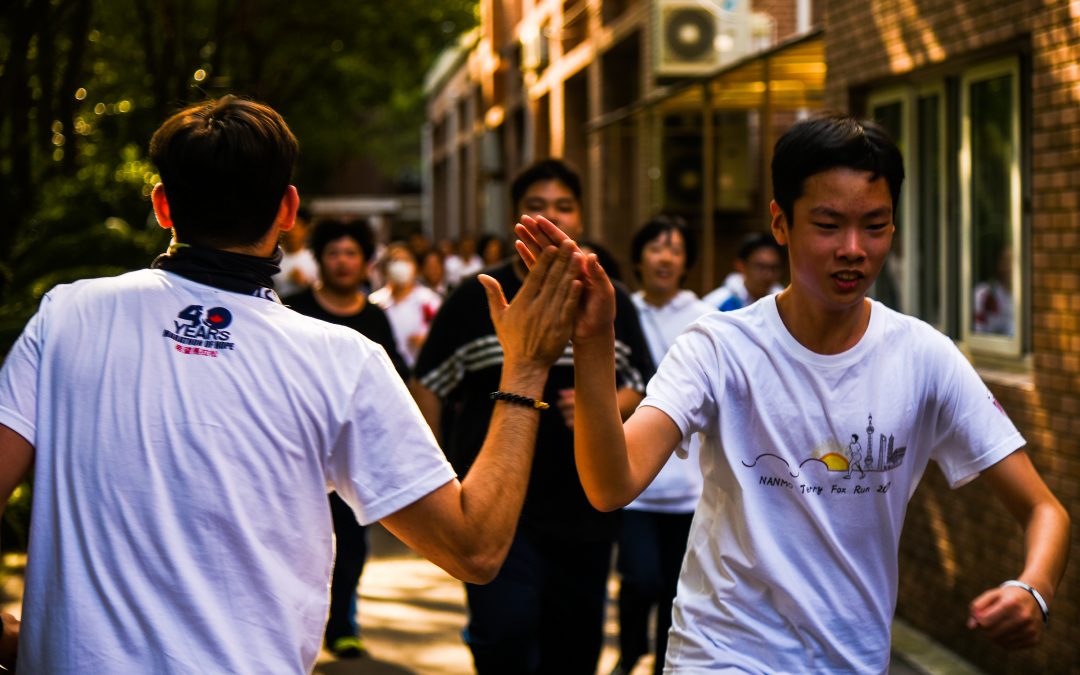 On the afternoon of October the 23rd, all of the teachers and students from Nanyang Model Private High School NBC and A-level program took part in the annual Terry Fox Run, to remember the Canadian athlete who founded the Marathon of Hope. Runners from all over the world join in the event every year. Terry Fox witnessed people suffering from cancer and was himself afflicted with cancer at a young age, so he launched the Marathon of Hope to raise money for cancer research. Terry Fox began his run in St. John, Newfoundland in 1980. His footprints covered 5,373 kilometers in 143 days, with an artificial limb and a strong will. Unfortunately, due to the spread of cancer, he passed away in 1981. The goal he made before his death was to raise one dollar from each Canadian. Now the fund under his name has raised more than 800 million dollars from all over the world. It has been exactly 40 years since his magnificent feat, and everyone in school looks forward to a special edition this year.

Every year in Nanmo, the charity sale is always the beginning of a series of events, and this time it would be a sale of unexpectedly large proportions. The logo was redesigned with Terry Fox running in front of the landmarks of our city, Shanghai. Besides Nanmo’s tradition of selling T-shirts and wristbands, extra products like buffs and frisbees appeared with the forty-year anniversary logos everywhere. During lunch hours, students from all grades rushed into the library for souvenirs. The school donated all the profits to the Terry Fox Foundation to support cancer research.

On this golden afternoon, students gathered at the stage and began running as soon as Mr. Dyck announced the start of the event. Teachers ran in the front, while many students followed. When someone stopped, there came Mr. Dyck and Mr. Schwartz ‘s voice: Keep running! No giving up! The run lasted for 20 minutes, people were panting at the end of the event, but they all realized how important it is to keep healthy in our daily life.

Finally, we came to the most anticipated part of the day: throwing cream pies into teachers’ faces! Student’s names were selected randomly from a box to decide who would get a chance at this exciting event. Since all the chances for this came from buying souvenirs, we could tell how active the charity sale was by looking at the box full of papers. Ten lucky students went on the stage to do their job while others cheered as audiences. Who is the most popular teacher? All of us had the answer just after Mr. Schwartz got hit three times in his face.

Although it only took 20 minutes for the students to run, the unforgettable event will always be the best part of their memory. Students would remember their experience running, as well as Terry Fox’s spirit and goals. As Mr. Hillian said, all the students and teachers were proud to contribute to cancer research. For grade 12 students, this was the last time they ran for Terry Fox in Nanmo; grade 10 students, however, took part in this event for the first time. Hopefully, whoever they are, they learnt from the process.