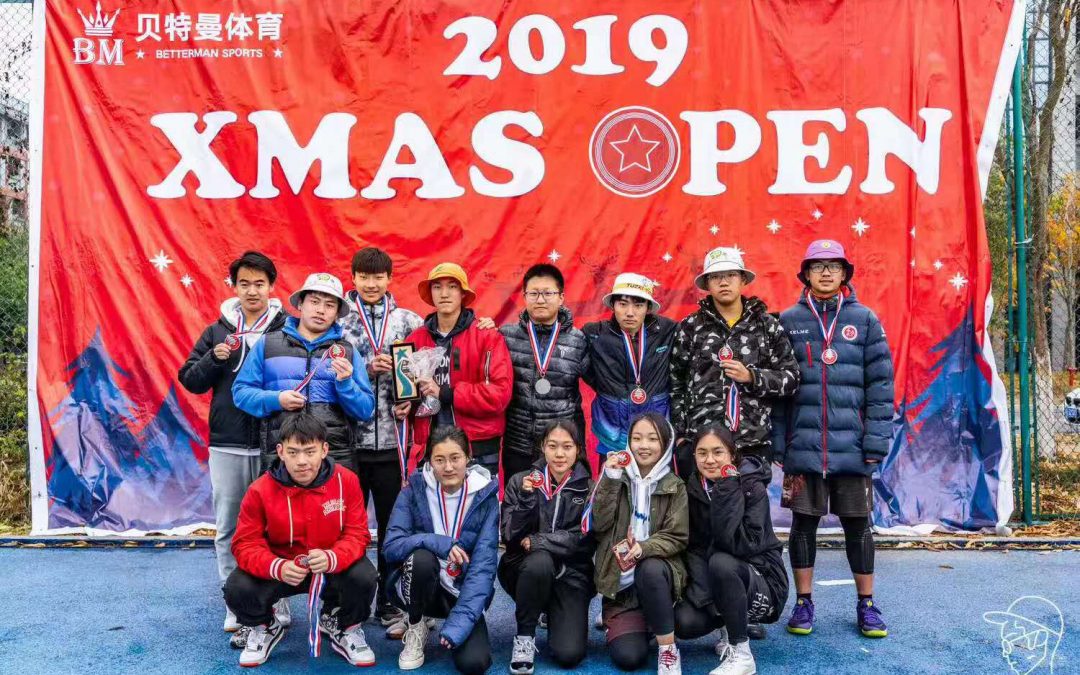 On December 20th, the Lions Ultimate Frisbee team headed to Changzhou for “Changzhou Open”, an ultimate tournament. The tournament was held at Changzhou Engineering College. It is a tradition for the Lions to go to Changzhou to practice their skills. As all the other teams are adult teams with vast experience, the Lions didn’t expect to achieve a very good result. They left the school immediately when the last class was over and hurried to the train station.

The weather was horrible; it was raining when the Lions arrived in Changzhou, but it couldn’t extinguish their enthusiasm for playing in the tournament. It was the first time for some of them to participate in the Changzhou Open. They were all excited to have the chance to play with some stronger players to practice their skills. Their first game was scheduled at 9 a.m. the next day, which would be the first game of the day. When they arrived at the field, it was raining heavily. They started to warm up at 8:30 to get their body warm and to prepare for the game. They were going to play against Kunpeng, another team from Shanghai. The team was mainly composed of many experienced ultimate players. Although they aren’t professional athletes, their experience and tactics made them a solid team. Because it was the first game of the day, the Lions weren’t so prepared and due to their lack of experience, the Lions quickly lost that first game. But they kept a positive attitude as it was clear that their goal was to learn something. In the following games of the first day, they played hard and they even almost won one of the games.

The next game day was mainly for the other stronger teams to play the elimination games. The Lions were watching the game from the sideline. They were amazed by how these experienced players played and how they showed the ultimate art of teamwork. At the end of the tournament, the Lions were nominated as the team with the best spirit, recognizing the sportsmanship the Lions displayed during the game because they never gave up on catching the disc as long as it was not on the ground.

The two-day tournament was short but very long for every Lions. They learned a lot during the tournament, and they are going to use what they learned to achieve their goal of being Champions of the BCOS tournament this year.